Sixty years of tense, uneasy peace are shattered as the Korean Peninsula erupts in renewed warfare. One historically, ethnically, and culturally homogeneous people polarized and separated by superpower politics and economics hurl men, weapons, and material into the maelstrom of modern combat in an attempt to settle their arbitrary division once and for all.

Sixty years of tense, uneasy peace are shattered as the Korean Peninsula erupts in renewed warfare. One historically, ethnically, and culturally homogeneous people polarized and separated by superpower politics and economics hurl men, weapons, and material into the maelstrom of modern combat in an attempt to settle their arbitrary division once and for all.

From Pyongyang in North Korea to Busan in the South, the war rages. In a scene reminiscent of the first attack by the In Min Gun in 1950, the North Korean Peoples Army surges across the Demilitarized Zone and penetrates deep into South Korea.

Special Operations Forces from both sides conduct raids, interdiction, and reconnaissance missions behind enemy lines while airborne, air assault, and amphibious forces strike far behind those lines attempting to outflank the main army forces of both sides. In the air, both sides wage a heated campaign in an effort to establish superiority over the skies of Korea. With rough terrain and the full ferocity of modern armor, airmobile, airborne, and marine warfighting capabilities, there is no safe haven in the lethal cauldron of battle which has engulfed the Korean Peninsula.

While North and South battle for a quick, decisive victory, the world awaits the response of the two military superpowers in the region: the United States of America and the Peoples Republic of China. Will the United States, stung by high casualties among the soldiers of its 2nd Infantry Division near the DMZ during the surprise artillery barrages and initial assaults on the first day of the war, be able to reinforce the South quickly enough, and, if so, how and in what strength? Will the Communist Chinese again react (or pre-emptively intervene) to a massive US response and join the fray, thus widening the conflict? As the situation evolves, choices are made, forces are committed, and the security of Japan and the future of the two Koreas hangs in the balance.

Next War: Korea, the first of a planned series of Next War games, allows players to fight a near future war on the Korean peninsula. In this updated and improved version of the previously-released Crisis: Korea 1995, players have access to virtually all military assets of North and South Korea, as well as large forces from the USA and the PRC. The integrated, easy to learn air-land combat system allows for unit efficiency, armor effects, light infantry, attack helicopters, Close Air Support, Cruise Missiles, and the particularly tough terrain of Korea.

Make no mistake: Next War: Korea is not an Introductory wargame. Rather, we have intended herein to create a system (and a series) that will allow detailed study of modern warfare in various venues as well as engaging gameplay. That said, the Standard Game rules encompass a fairly straightforward ruleset that will, we think, be considered pretty "easy to learn" by experienced wargamers. So players who choose to play Standard Game scenarios can have a relatively quick game when that's what suits them. The real flavor of a war in the theatre, though, comes through in the Advanced Game, where you get much more control over airpower and can more clearly see each side's strengths and weaknesses. For players who want a "mini-monster game" experience, playing the Advanced Game Campaign Scenarios with some or all of the optional rules will definitely "deliver."

So our hope is that we have created a game with enough variety and scaling of complexity that you can find an engaging and maybe even enlightening experience whether you want to play a fast two-player game, a longer monster game, or an ongoing solitaire study. We intend to provide tools for online game play as well (a Vassal module is being created now for use during playtesting) so that this game can be played in either real-time or over longer periods on the internet.

Units
Ground units in Next War: Korea represent primarily divisions and brigades of armies of North and South Korea, The United States and her Allies, and the People's Republic of China. All ground units are rated for their attack and defense strengths, movement capabilities, and unit efficiency.

Air units represent fighter, bomber, and attack squadrons of the major combatants and are rated for All-Weather Capabilities as well as their range, average pilot skill, and their abilities in Air-to-Air Combat, Close Air Support, and Strike missions.

Naval units and capabilities are abstracted somewhat in the Next War series. A "Sea Control" mechanism reflects the results of the surface and sub-surface battles, while the game's naval unit counters represent the major Aircraft Carrier Battle Groups and Amphibious Ready Groups of the US Navy. Additional amphibious capabilities are represented by the Special Forces capabilities of each side.

Maps and Terrain
The game's two maps present a portion of modern-day Korea at a scale of roughly 7.5 miles per hex. The maps cover the entire peninsula east-to-west and stretch from about 30 miles north of Pyongyang in the North to Taegu in the south. Hexes are larger than the standard 1/2" hex found in Crisis Korea: 1995, allowing us to use larger 9/16" counters in this game and make it a bit easier for players to move game pieces in the congested areas around the DMZ.

Game System
As in Crisis: Korea 1995, there are two types of game turns: Initiative turns (longer turns where the side with the Initiative has more opportunities to move and attack) and Contested turns (shorter turns where neither side has the initiative but each is trying to muster the resources to regain the initiative). Thus the inherent "initiative player advantage" built into the game system incents each player to always be thinking about how to seize and maintain the battlefield initiative.

A Standard game turn is composed of:
Weather Determination. Bad weather can severaly hamper air and naval operations activity and can significantly slow ground operations.
Initiative Determination
an Air/Naval Phase, wherein air superiority levels and air availability are determined and Sea Control is established or modified.
One or more Movement and Combat Phases that allow both sides to move, react, and fight, with an advantage to the Initiative player on non-Contested turns
Arrival of Reinforcements and Replacements
Victory Determination
Combat resolution examines not only unit strengths but also unit efficiency (representing training, doctrine, and morale), as well as the terrain where the combat takes place. The CRT tends to be very bloody, reflecting both what we believe will be a degree of attritional warfare early on in light of the massive artillery concentrations near the DMZ as well as the lethality of modern weapons. As in many games, casualties represent not only actual combat losses, but also losses of unit cohesion brought about by the rapidity and pace with which modern armies are able to engage and exploit on the battlefield.

Scenarios
There are several Standard Game scenarios. The first three one mappers, "Seoul Train," "Uijong Blues," and "East Coast Highway" (North Map only) cover the first week of the war by dividing the DMZ into roughly three equal sections. These focus on the initial assaults to break the South Korean lines and introduce players to the basic mechanics of the system, while giving them insight into attack and defense strategies for the "big game." Players can also play the entire DMZ front scenario, "Militarized Zone," (North Map only) for the first week (basically, combining the three scenarios above). In addition, players can add the South Map and play the entire Standard Campaign game, "All In." Two other scenarios are provided which examine the U.S. Amphibious landing. "Inchon Again" and the battle for Taejon, "Spearhead." In addition, a scenario, "They Did What?" is provided for players to experiement with a South Korean attack on North Korea without, however, the help of the United States.

The Advanced Game Scenarios come in three flavors à la NATO: The Next War in Europe: Strategic Surprise, Tactical Surprise, and Extended Buildup. This offers the players the ability to game out a variety of "At Start" war scenarios based on varying levels of readiness.

There is also an International Posture Matrix à la Flashpoint: Golan to allow players to experiment with a variety of intervention options for the non-Korean players in the region.

In Next War: Korea, the Korean Peninsula is on fire with two of the world's most well-prepared, antagonistic forces arrayed against each other. Can you, as the North Korean Peoples Army commander, conquer the South in 3 weeks before the full might of the U.S. can be brought to bear? Can you, as the Republic of Koreas Army commander, hold out against the renewed Communist assault until help arrives? And what will China do? Theres only one way to find out...

TIME SCALE 3.5 days per turn
MAP SCALE 7.5 miles per hex
UNIT SCALE Division / Brigade / Battalion
NUMBER OF PLAYERS One or two (can be played in teams)

Descent: Second Edition - Oath of the... 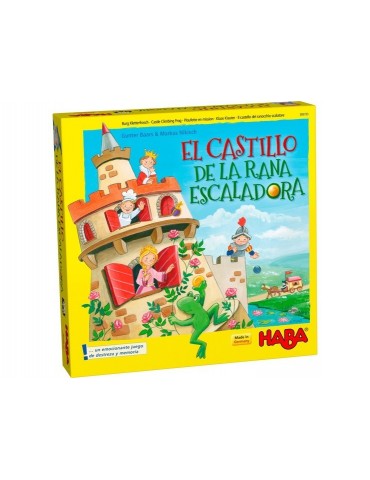 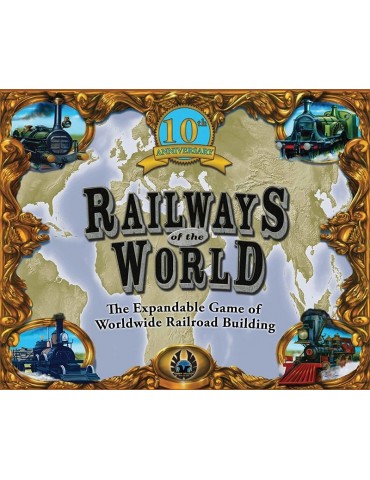