Channeling the action, adventure and danger that comes with everyday life in the Archer animated series, Archer: The Danger Zone! Board Game lets fans play as their favorite secret agent or staffer and compete against other players. The object of the game is to gain the Upper Hand over your opponents by insulting them, doing well on missions (quite the ego boost), and encountering random guest stars and secondary characters from the show. Each player starts with five Upper Hand, and the first player to have 20 Upper Hand wins.

Each player chooses one of the following characters to play: Archer, Lana, Malory, Cyril, Pam, Cheryl, Ray or Dr. Krieger. The insults and dirty tricks you deliver to the other players are based on actual quotes from the show that your character makes. The cards in your unique deck of twenty cards give you the ability to hurl insults, "come on" to another character, or say something that builds up your character's own ego. Naturally you'll have plenty of opportunities to belittle your co-workers while in the office and out in the field. Doing so will knock them down a peg or two on the Upper Hand track.

The action takes place at the ISIS Headquarters, though spy missions send the gang off to exotic locales each round of play. The game features six important office locations within ISIS, but you (typically) play with around four of them, making each game play out very differently since the "Office Map" varies from game to game. Each location does something different, but only the first person to go to each location each round gets the benefit listed on that location. Surely there will be no name calling when another player beats you to the punch! 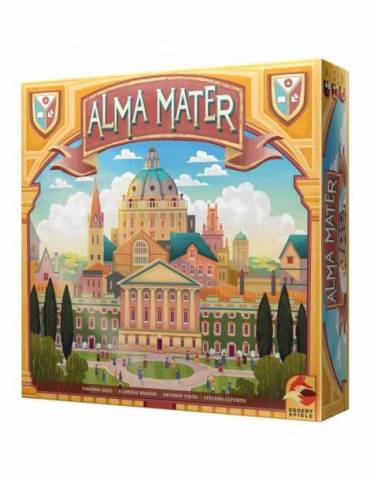 Spirits of the Rice Paddy